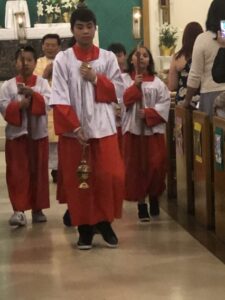 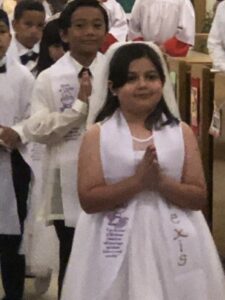 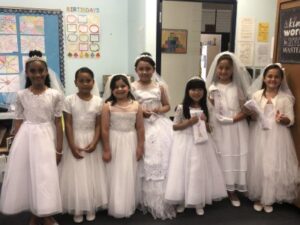 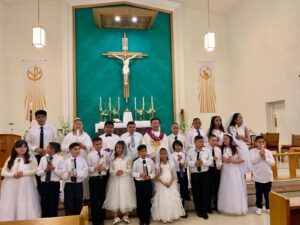 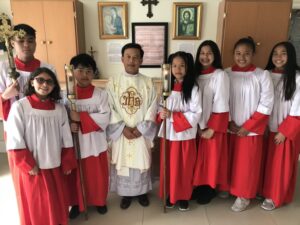 During the last two weeks, we have been very grateful and blessed to have Father Cassian of the Contemplatives of St. Joseph, who gave us two special workshops on the Gift of the Holy Mass and the Blessed Sacrament. At every Sunday Mass of November, he will continue to preach on this theme to help us to have a deeper understanding of the Eucharist.

Beginning the first Sunday of Advent, December 2, our parish will start to celebrate the Eucharist in the form which is called Mass “Ad Orientem”. This is a Latin term which refers to a priest offering the Mass facing the same way as the congregation, ideally toward the East. The sun rises in the East and this is an ancient symbol of the Resurrection, Christ the light of the world rising from the dead.

Vatican II allowed priests to face the congregation but it was never mandatory. It was an option. In Europe many churches never changed the “form” of saying the Mass even when the new Mass was implemented in the vernacular.

Please note that this would not be the old Tridentine Mass. It would still be the new Mass, in the vernacular, as it is in many parts of the world, with the same prayers and readings. The only difference would be that the priest would face the East with the people as in the traditional form. I have presented this idea to Archbishop Cordileone and he thought that it was totally acceptable and even encouraged it. He advised that instruction and explanation, such as this letter and preaching, should come in advance.

Emeritus Pope Benedict XVI explains it aptly by saying: Together “we go to the Lord, who comes to us.” The focus is not on the priest or people, but on Christ. The Holy Father also wrote: “The turning of the priest toward the people has turned the community into a self-enclosed circle. In its outward form, it no longer opens out on what lies ahead and above but is locked into itself.”

Mass in this manner reminds us of our true focus and shows our continuity with sacred tradition. Therefore, I, as your pastor, pray that each member of our parish will embrace this small change in the form of the Mass with the spirit with which it is intended, namely becoming one body, one spirit in Christ. 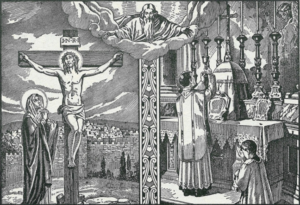 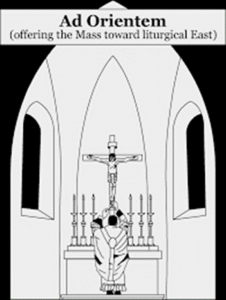 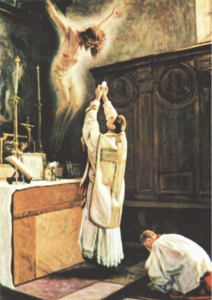 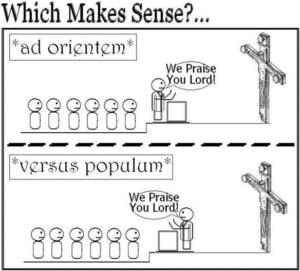 Are you seeking to rediscover your friendship with Jesus? Haven’t been to Mass in a while and wondering where to start? Start by getting to know Jesus again through prayer. It does not matter how long it has been since you have been to Mass. You are always invited to encounter Jesus in the Mass.

The Eucharist, the living and real presence of Jesus Christ, nourishes our parish family, makes it healthy, makes it function in a loving, sacrificial spirit of unity with the entire Roman Catholic Church, making us an ever more fitting dwelling-place for the triune God.

The celebration of the First Holy Communion is an exciting event in the life of a parish. The community here at Church of the Visitacion welcomes your child as he/she joins us in receiving our Lord Jesus Christ in the sacrament of the Eucharist. If you are a parishioner and your child is in the 2nd grade, please contact the Rectory Office for more information on sacramental preparation. Religious instruction is required during 1st grade in order for children to receive these sacraments in 2nd grade.

The First Holy Communion sacramental preparation program requires 2 years of classes. The Religious Education program runs from September thru May each year. Thank you for your commitment to your child’s religious education.